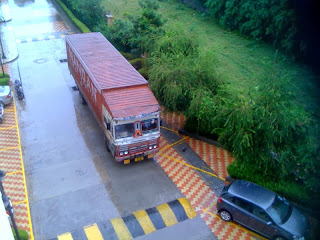 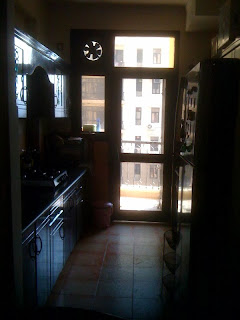 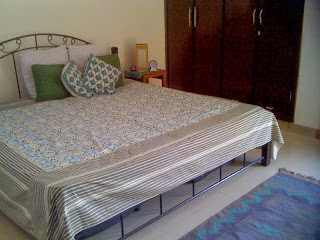 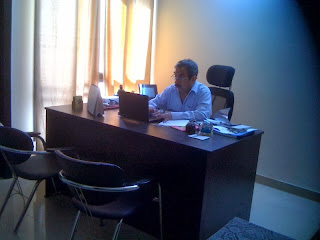 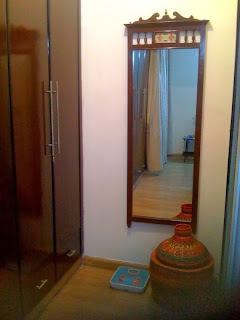 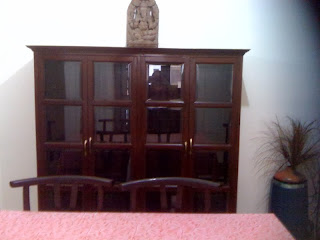 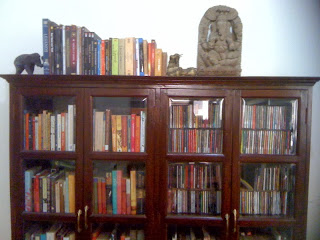 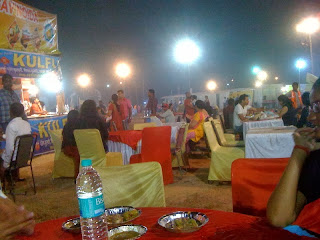 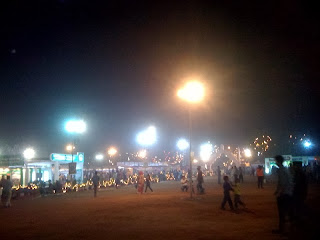 Tell me about it...we moved two months ago to our new place..still feel misplaced. There are countless boxes in the basement to be opened but I don't care anymore-tried of unpacking!
Your new home looks lovely-the blue in the living room pops beautifully. Your reference to Amar Colony furniture brought back a ton of memories-I bought my bed, a huge one made of solid teak there. It took an army of people to move it into the house. That was one item I was sad parting with when I moved to the US. Once again congratulations on your new place-enjoy it!

I miss you. Very selfishly so.

@sukanya: Yes, even we've just stopped at a point. We haven't put up a single painting yet, and don't even feel the need to. The whole process of uprooting oneself and putting down roots again is fairly stressful.
Your bed sounds wonderful- how I wish you could have taken it with you!
@Sue: I miss you too, and my life in Kolkata. Have to adjust madi, as they say in Bengaluru!

loved the pictures of your house and definitely a big thing that you have family in the same place as yours :) LOVED SRE's pic in the 'office'..he looks super cute..do tell him that :)

The house looks gorgeous of course. As it always does. And I'm all happy thinking of you shopping in Amar Colony!

@the mad momma: Thank you! Now when do we see you here?

@R's Mom: Thank you! Yes, having family within reach is the best thing here! I will tell him:)

Utterly charming Dipali! Was smiling all along :)
But aiyyo, where would you be moving?

@Neera: Thank you! We will ultimately move just a couple of kilometres up the Expressway.