The Mystery of the Missing Rolling Pin 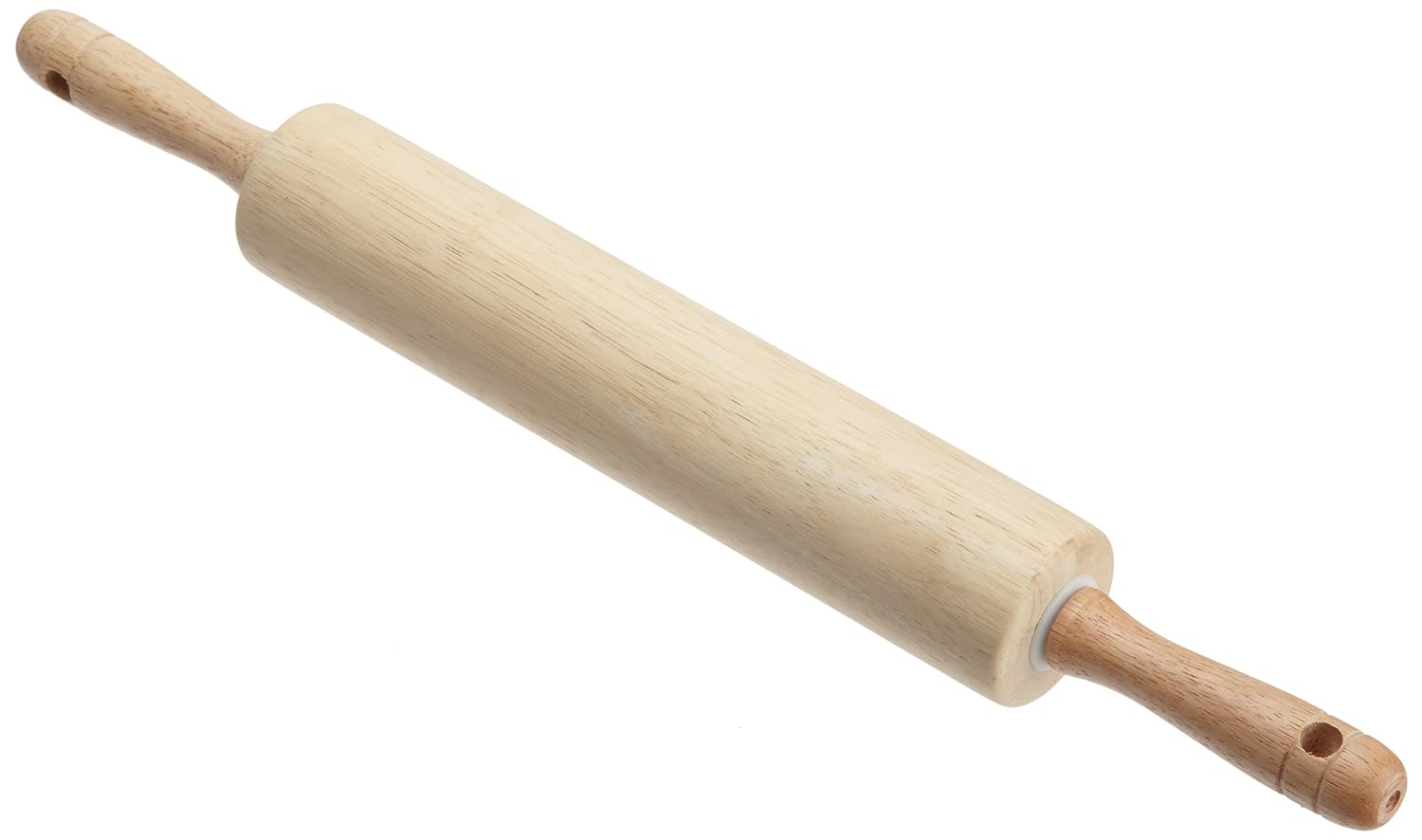 I've used the same rolling pin for decades, ever since my mother gave it to me when I got married.
It's a longish, slender variety of 'belan'.
When I went to the USA to spend some time with my son in 2009, I was quite horrified when I had to pay 8 US dollars for a rolling pin. On this visit I decided to carry one from the motherland, and bought one polycarbonate/synthetic rolling pin with accupressure handles from the shop below our building.
It so happened that my daughter-in-law did have a rolling pin in her kitchen, but it was really huge and unwieldy, so I used the polycarbonate one.

The fun starts once I'm home.
The rolling pin in the kitchen is most definitely not mine.
It is slender, but much too small. It also has distinct handles, while mine has a more streamlined, flowing design.
Mine also has some nicks from when I used it to crush cardamom seeds.

The spouse thinks I'm confused, and feeling that it's smaller because of the larger one I was using at the son's house.
Both daughters also seem to think the same.

I think that there is a big mystery here,
Maybe the maid broke mine and bought a new one to replace it.
My regular part-time help says she has no idea.
My daughter's maid, who'd stayed over at our place to look after the spouse also claims complete ignorance of the mysterious rolling pin.

My younger son, however, agrees with me. He has even used my rolling pin in Kolkata, when he'd made alu parathas for self and friends while I was away. Thank goodness someone agrees with me.

It doesn't help solve the mystery, though.

The spouse think it is now part of a parallel universe. (He'd watched several episodes of  Fringe in recent months).

Any ideas, gentle readers?
Posted by dipali at 10:40 AM

Gosh ! Quite mysterious. I would have loved to solve this one but alas....Ask the neighbours ( ?) , maybe they borrowed and gave back the wrong one ( though it does sound a bit far fetched) ! :D

I am sure there is a 'Chota Chetan' somewhere in your household...A rolling pin is like your hand, you definitely know that its not yours...I am agreeing with you and your younger son in this matter...this needs to be investigated..ab SRE ko boliye kuch jaasusi kare :):)

I can quite identify with the sense of loss, and confusion. I hate it when things get mysteriously misplaced. It disorients me. My help sweetly hides away anything broken. :)