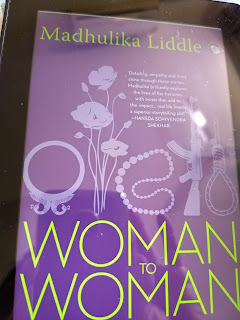 Bless you, Dipali! Thank you so much - this review is so encouraging. I'm glad you liked the book.

@Madhulika Liddle: It was truly a pleasure! It also gave me an excuse to read the book again:)