Book review: From Son to Stranger

Much neglected though it has been, my blog turned 13 years old on the 29th August. A milestone indeed. Being part of a community of bloggers has been very enriching, and the friendships forged in those days, with originally faceless, like-minded people, have continued for over a decade. (Facebook has now made us able to recognize our formerly faceless friends!)  One such blog friend is the redoubtable Ritu Lalit, who used to blog at Phoenixritu, and now at http://blog.ritulalit.com/. 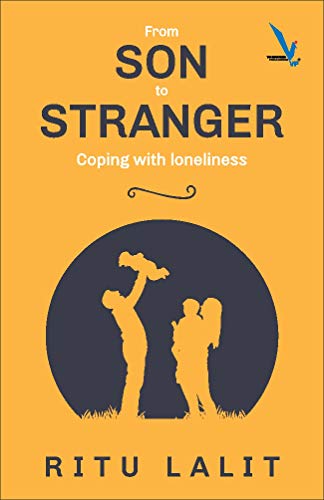 We lived in different cities, and I vaguely hoped to bump into her once I had moved to the NCR, although Faridabad, where she lived, didn't really seem to be in my orbit. And then she moved,  and meetings with her and other Gurgaon friends were planned but didn't happen. In December 2018, I ventured to Quill and Canvas, to attend a programme with the authors of Escape Velocity, a beautiful collection of short stories written and published by the Write and Beyond group. I was absolutely delighted to see Ritu there, and once the programme was over, we decided to have lunch together, at a restaurant in the same mall.

Ritu told me about her latest project, the book she was writing about parents who were estranged from their adult children. It is a book that I wish did not need to be written, but sadly, it does. And none does it better than Ritu Lalit. She writes with courage and honesty, sharing the intensity of her emotions and the ways she found to overcome the emotional trauma of estrangement from her older son. In searching for a community who shared this grief, she set out methodically to research the issue, with a well thought out questionnaire. Initially, very few parents cared to respond, but over time, and with the promise of complete anonymity, she found herself inundated with responses.

She cites statistics, coping mechanisms, tragic stories where old parents are robbed of their property and then abandoned, stories where the elderly parent turns the tables on the greedy offspring, the camaraderie and grief of the residents old age homes, Japanese concepts of Satori and Kensho, her harsh inner critic, blame games, the stages of grief, journaling as a way of coping, meditation, positive affirmations, and so much else. The most heart breaking are the unsent letters she writes to her son, whom she continues to love and cherish, despite being completely cut off from him. It is a rich and warm and wonderful book. I read it as soon as it was published, but it has taken me time to process, not helped by the lockdown, of course. It is one of the most unusual books I have read, well worth reading. Powerful insights on both parenting and Life!