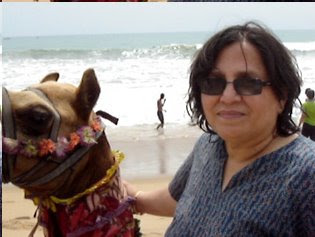 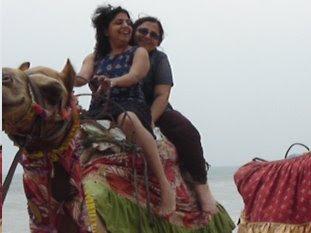 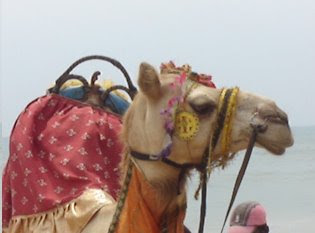 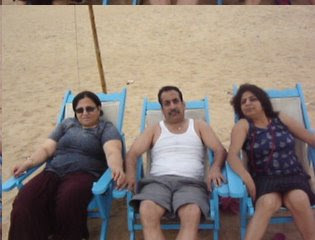 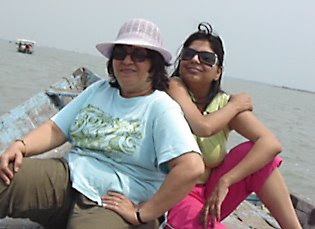 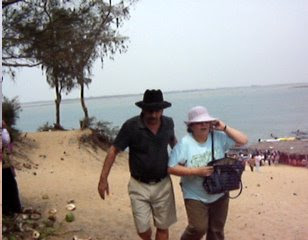 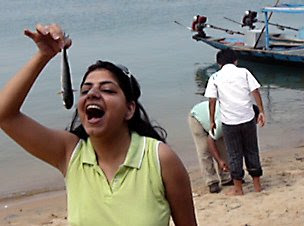 Space bar, I don't think this meets your requirements. But I did try.
Posted by dipali at 9:39 AM

Oh! What fun! Looks like all of you enjoyed yourselves a lot! Great pics!

I remember doing this camel de-throning way back when husband and I lost our minds and decided we'd go for a ride after all! Getting down's the most scary part, if one isn't scared of heights that is. :)

Whoohoo, sounds amazing!
I've been on a camel once, in Delhi, when I was around 7. Loved it :D.

The cleanest camel I have seen in Puri - isnt she gorgeous though. If you imagine hard enough she could be the prettiest origami camel. Could I borrow the piccie do you think?

@everyone: Thanks. eve's lungs, you are welcome to the picture:)

Camel backs are another world in themselves, unsteady and they lurch just when you get the hang of it! Brave of you. Looks like you had fun

I love the hats!

So sorry I missed you, G.

LOL! sure looks like a super fun trip :D

just saw this! how lovely...will link. no time now. *hug*

I am thrilled to read such a lovely account of ur undoubtedly great and "fun" trip to Puri :)

And heart warming to see wonderful equations going on between ur kids.

Hey. Chanced upon your lovely blog via M4. Your Puri trip looks like w hole lot of fun. We are goinf there on the Good Friday weekend. Will look out for the lovely camel. :)

Lovely pics. Looks like you guys had great fun :)

:) looks like you had super fun!
I've sat on a camel a couple of times, and though I thought I'd be violently motion sick, it kinda grows on you. Hope you try it again.

How nice! What fun! And what nice children you have.

Looks like you had a blast! What fun pictures! Thanks for sharing.

It seems u enjoyed a lot.

what fun - looks like you had a great time. Now my sister and I only pain our poor parents by making them do 'pregnant daughter' ki duty :)