A very early memory is of my sister and I huddled up together in our brother's bed (he was away at college), reading. Rather, my sister is reading to me, and I'm all ears for the story, and all eyes for the illustrations and the odd word that I can follow. She possessed a magical power that let her access the story locked within the book, and I didn't, at that time. But soon, random letters danced into comprehensible words, and sign boards and cereal boxes and detergent cartons, all shared their secrets with me: I was reading! Noddy books, the Famous Five, Fatty and his gang, all the usual suspects became a part of my young life.
My father loved to read- we would look on , mystified, as he exploded into loud laughter while reading a P.G.Wodehouse. My mother was not a big reader, (she was fond of magazines) and would get quite tired of all of us having our noses inside a book whenever we had some free time. She never stopped wondering how many times I had read 'Little Women', and she had even locked it up once to keep it out of my way. That was a book which seemed so real and so true- sibling rivalry was depicted well, as well as the wisdom of the matriarch. The entire series became an inextricable part of my life. So many books, read and long forgotten, yet permeating one's being with adventure, philosophy, guidance, romance, humour, passion.......... Agatha Christie's murder mysteries were a delight. Wodehouse had me chuckling away, as did the William series.
Bed 'arrest' during pregnancy became bearable only because of books. Hours of waiting for doctors during loved ones' illnesses were accompanied by these portable good friends. Hospital stays, one's own and those of family, are associated with the books read each time. Indian writing in English has had its own fascination, and now, when I visit my library, I automatically seek out 'desi' authors first. They depict an immediate reality, one that strikes home.
When I was young, we did not own very many books. My father had a dictionary, an encyclopaedia, some Readers' Digest condensed books, and their fabulous Great World Atlas. His maternal uncle was very pleased that my sister and I loved books(we often raided his book shelves), so each time we did well in our school exams he would take us across to his neighbouring book store and let both of us choose a book each. We did have a school library, and were members of the Delhi Public Library, which had a mobile library van that came to our lane every Monday afternoon, a veritable treasure trove at our door step. College had a fabulous library, and we had access to the American Library and the British Council Library as well. Each stage of life was accompanied by changes in the kind of books one read, but books have always been part of it. (The SRE loves books too, and buys more than he ever has the time to read, so he hops and skips through them in a most disconcerting fashion, but it keeps him happy!)
It is difficult to name just a few books that influenced me greatly. 'To Kill A Mockingbird' is probably my all time favourite. But there are so many many more, layered in my subconscious, all adding up to a unique set of influences. Salinger introduced me to Eastern philosophy along with the Glass family. Richard Bach's 'Jonathan Livingston Seagull' was a paean to the unique individual within each one of us . M.Scott Peck's 'The Road Less Travelled' helped make sense of life. Eknath Easwaran's books on meditation and spirituality have been a great font of wisdom. Dean Ornish's 'Love and Survival' underlines the truth that without love, life itself is meaningless. Joan Didion's 'The Year of Magical Thinking' helped me deal with my brother's demise. Vikram Seth's 'A Suitable Boy' depicted a reality and a heritage that was part of me. There are so many many more- Sheila Dhar with her incredible warmth and humour and musical erudition, and her total inclusiveness for everything in her life. Ira Pande's 'Diddi', for it's humour and compassion. Much earlier, Nevil Shute's stories of courage, endurance, and the triumph of the human spirit in books like 'Pied Piper', 'A Town Like Alice', and 'Requiem for a a Wren'. Recently, the strongly moral and utterly charming books by Alexander McCall Smith- both those set in Botswana and in Scotland. The list doesn't end......
I hope that I keep 'meeting' more and more wonderful and influential books for the rest of my life, and that, by God's grace, I will be able to read till the end of my life.

BlogHer and BookRenter, a company that rents textbooks to college students, have joined forces because we know that books make a difference.

From May 3-28, together we are working to make a difference in children's lives by generating new books for children who need them most -- via the nonprofit organization First Book.

Want to help? For every answer we receive in the comments to the following question, one book will be donated:

What book has had the greatest impact on your life?

That's right: All you need to do is leave a comment, and BookRenter will donate a book to a child in need -- up to 1,000 books.

Want to help even more? You can blog about our campaign, then add the specific URL of your post to Mr. Linky and we'll add another book to the tally.

Because books really do a make a difference.

There are still a couple of days till the 28th- please do leave a comment, and blog too!

Some thoughts on 'Baghban'

When I last saw the movie Baghban, perhaps a couple of years ago, I was, predictably, moved by it. Hema Malini had never looked more beautiful, and the romance between the aging protagonists appealed greatly. Their sons and daughters-in-law were all expectedly villainous, and Amitabh Bachchan's powerful and emotional speech near the end was extremely moving. Nothing but nothing could justify the sons' cruel behaviour. The kindness of the Gujarati couple played by Paresh Rawal and Lilette Dubey, of their adopted son and his wife(Salman Khan and Mahima Choudhry), and even the bank manager and their old landlord stood out in marked contrast- those with no blood ties proving to be far kinder and more compassionate than their own offspring. The aged are often, sadly, ill treated, and it is indeed tragic to see what cruelty their own children can perpetrate.

However, being my nitpicking self, I did start worrying about this film. Even when I first saw it, I wondered at the protagonist's utter lack of financial acumen. Even though he worked in a bank, he had virtually no savings by the time he retired, since he'd been so busy fulfilling his sons' needs. What kind of lesson was he teaching his sons anyway? To be dependent on your parents beyond your basic education? To be unable to delay gratification
(the youngest one needs to buy a car) until you yourself can afford something? Even if he needed funds for the down payment on the car, there was no talk of repaying the parents at a later date. If Raj Malhotra was infantilising his sons to such an extent, how on earth did he expect them to be a support in his old age?
I then started worrying even more about the lack of family history in the film. Maybe the senior Malhotras were both orphans, and the kids had never had any dealings with any of their grandparents. Their terrible behaviour isn't justified even if they lacked role models, but it did make me wonder. Surely if they had seen tenderness towards the aged in their own childhoods, some remnants would have stayed on with them. The saddest thing was that the Malhotras were not actually old, with any of the attendant genuine problems of old age, which can make dealing with the aged rather difficult at times. They were merely inconvenient, by virtue of basing their lives on a false premise of expectation.
Although they adopted a fifth son, he is educated in a boarding school, and then makes his way abroad for higher education. We don't know if he shares any closeness with his 'brothers'. His attitude towards the Malhotras is one of gratitude, love, and respect, as he knows that his life has been transformed by their intervention. The other sons, in contrast, take their parents for granted, which most of us do anyway, to a greater or lesser extent. I really hated it that when the kids come over for their parents' fortieth wedding anniversary, the parents sleep on the floor. They seemed comfortable enough, but it didn't seem right to me.
I wondered at the parent-child communication in the film. The father's desire to stay with his sons seems to come across to the sons (and their wives) as a huge, unwelcome surprise when he retires, though he has broadcast this idea to his friends and well-wishers often enough. Raj Malhotra's response to the suggestion that he and his wife stay apart, in different cities, for prolonged periods of time, is authentic. Unfortunately his wife's 'kasam' prevents him from speaking his mind and brushing off this ridiculous suggestion for the patent nonsense that it is. The 'maa-ka-dil' once again shows itself responsible for much that goes wrong in our society.
As my eldest child says, why couldn't she prioritise and think of her life with her husband before the kids?
The parents are shown living in a huge and beautiful house in an unnamed small town. The landlord is so kind to them that he refuses to rent out the premises to anyone else, when they are leaving. They seem to be so out-and-out prosperous and privileged, with their huge house, garden, and beautiful dogs, that it is hard to imagine them as virtually penniless.
There was so much in the film that was genuine. If the parents had been stricter and more practical in their earlier days, perhaps they would not have needed to disown their offspring later on.

As you can see, this was indeed a thought provoking film!
Posted by dipali at 9:31 AM 13 comments: 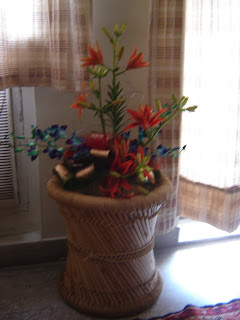 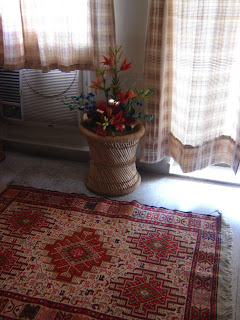 My kids sent me a lovely bouquet this morning, which I thought I'd share with you.
( Along with the beautiful rug that the SRE bought in Iran a few years ago).
Posted by dipali at 2:14 PM 19 comments: 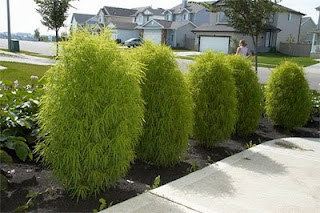 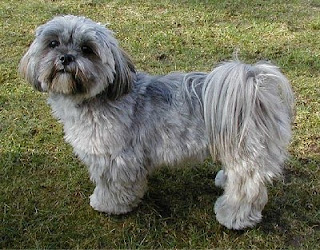 On my way home from my walk, I spent some moments behind a Lhasa Apso. Its waggling fluffy behind reminded me of a blonde, wiggling waggling Kochia! I'm sure that Kochias everywhere are not flattered at this imagery! 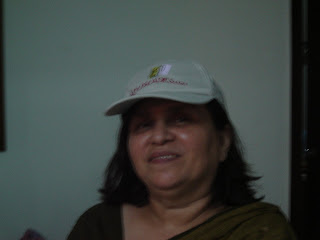 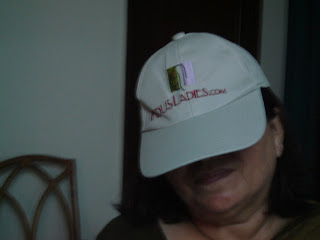 They sent me this cap for this post, part of the International Woman's Day Blog Contest. Thanks once again, Indus Ladies.
Posted by dipali at 6:48 AM 8 comments: