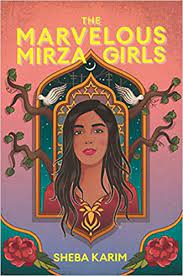 The mood of the city is captured in all its beauty and ugliness. The rising communal tensions and the  awareness of gender violence are  harsh realities that Noreen has to contend with.

Two pugs and an apso
Walking together,
Leashes held by one man,
Presumably housemates.
Do the pugs know
That the apso looks different?
Does the apso feel
That the pugs are different.
I think not and hope not:
All one species,
Despite the differences.
Posted by dipali at 6:51 PM No comments:

(Delicious pakodas)
In the watches
Of the night
Heartburn.
Posted by dipali at 12:04 PM No comments:

Bed tea is the tea

I wrote this sometime in December 2000, a few days before my mother-in-law passed away. I published it on this blog in 2009, here: https://dipalitaneja.blogspot.com/2009/11/pondering-yama.html

And now I wonder if Yama had been laggardly with his targets all these years, if his top management is driving him to meet his annual quotas ASAP, if in this vast pressure to meet targets there are no proper parameters, so death is happening in a completely random fashion.

There are only questions. Absolutely no answers.

Posted by dipali at 1:07 PM No comments: