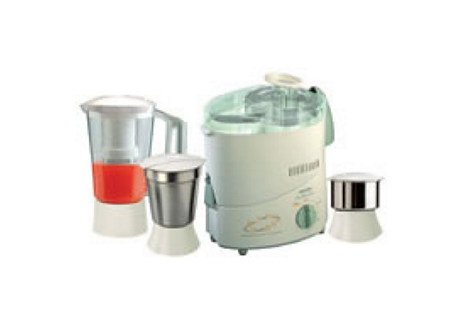 Although I've been married for ages and been a householder for the longest time, there are certain material objects that I have come to buy myself only in the relatively recent past. The particular object I speak of here is the ubiquitous kitchen blender, what we desis call a 'mixie'

The first one we possessed was, I think, a Moulinex, which my husband bought in Hongkong, before I joined him in our brand new household in Thailand. I have very little recollection of that appliance: it performed its functions well and ultimately conked out after a couple of decades. While I was thinking of buying a replacement, my sister very kindly gave me a spare one that she had, which, though small, was adequate. Once again, while I was thinking of buying a larger, more powerful one a couple of years later, I was pipped to the post by our sons, who presented us with a beautiful Philips Juicer Mixer Grinder on our anniversary. This particular blender was bought in Noida, where we were then stationed. (I found the juicer taking up too much space, besides not being very user friendly, so I packed it away). This beauty served me well for several years, the motor never gave me a single day's trouble, minor repairs of the stainless steel grinding and chutney jars were made at the company's service centre in whichever city we  moved to. Some nine years or so later, however, the large plastic blender jar, source of countless cold coffees and lassi and salted buttermilk and aam panna, disintegrated in my hands, a stream of buttermilk flowing all over the kitchen floor. I trotted down to the trusted service centre, hoping to find a replacement jar, but the ever helpful staff said that the new model jar would not fit my nine year old machine. ( This was not true,  I discovered later).

Summer in Kolkata requires the consumption of plentiful cool and nourishing drinks: salted buttermilk was a breakfast staple, and I had absolutely no desire to use an old fashioned mathani to make it every day. My trusted helper was very pleased at the thought of inheriting my old mixie.
I went to the department store and looked at all the blenders on offer. ( Going to New Market seemed like too much trouble in the heat. South City is air conditioned). After much pottering around and comparison of prices and features, it seemed to make sense to simply replace my old Philips with a new Philips. Which is what I did, and which is when the fun started...........

Brand new blender brought home and unpacked. All jars given to the happy house help to wash and dry, while the old machine and its two surviving jars are packed up and given to her.
The big plastic jar is used the very next morning.It so happens that the steel jars are not immediately used. And then, just a couple of days later, I see an almost inch-long crack on the edge of the larger jar. I rush to the service centre with my three-day old bill. They do not have a replacement in stock, but will inform me as soon as it's available. So Jar No. 1 is eventually changed.  But can the little one be far behind? In a few more days the chutney jar also develops a crack near the rim. This theatre of the absurd continues for the next couple of months: replacement jars one and two are re-replaced.
I also suffer one ridiculous visit from a service engineer who is determined to find something wrong in my treatment of his precious jars- maybe I'm dropping them from a height, or hitting them deliberately with a sledgehammer. My trustee maid and I are both most miserable: she offers to return the old mixie, with its long lasting, intact jars. Of course I decline.

In the meantime, Life happens. We relocate to the NCR. The cracked mixie jars remain on the fringes of my consciousness. I still have a few months of the one-year guarantee period. I write to their head office, and am directed to their Noida service centre. They don't have the jars in stock but will inform me as soon as they arrive.  A few days later they call. The chutney and grinder jars are replaced for the second and fourth time respectively, on the 11th November, 2013. More than a year later, they are, thankfully, both intact.

Freshly cleaned cars
in the basement parking area
with wipers upstanding:
the antennae of strange beasts
our present day steeds

And this car,
our post-retirement baby
registered with a number
oldly, oddly familiar:
my childhood
telephone number!

I vividly remember
that first telephone,
trying to dial our own number
and my father rarely speaking,
but listening to the phone,
endless conversations
interspersed with his 'hmmms'
Sis and I trying to count them
but giving up too soon.

He couldn't remember, of course,
when I asked him, decades later
To whom the 'hmmmms '
had been directed, a lifetime ago...

I see him chuckle, wherever he may be
at how his memories seem to pervade
things he's never seen, and how, for me,
he will always be a part of this car!