By this time today, last year, our lives had changed, irrevocably.
The morning began like any other morning. I may have skipped my walk, as the previous day had been extremely busy. The SRE and I had gone to Bangkok for a conference the previous week, and my sister had been staying with my parents during our absence. She had planned to leave on the day after we returned, but owing to one or other of the eternal threats of bandh or strike on the Monday, decided to go on Tuesday afternoon. A dear friend had lost her father, and there was a ceremony for him on the same day, so I went there after leaving my sister at the airport.

I remember meeting my mother in the kitchen early in the morning as she was taking the tea tray to her room.
A while later, I heard my father call for me. (The home nurse used to come in at 8 a.m- this was about fifteen minutes before that). He told me that my mother seemed to be stuck in the bathroom. I wondered if the lock had jammed, and went to open the bathroom door. The door opened easily, fortunately not locked. My mother was sitting on the floor, parallel to the wall facing the commode. The floor was quite dry, but the porcelain cup she used to dilute her shampoo in lay shattered on the ground, and there was blood everywhere. The SRE and I managed to get her onto her bed, and covered her as she seemed to be in shock. Our GP was called, and he promptly came and examined her. At that point he could not say for sure whether she had a fracture or not. He prescribed painkillers, and asked me to observe her till that evening- if she was still in severe pain, I should take her for X-rays. The home nurse was told to give her a bed pan when required, and not let her get up.

The SRE was sent to his office, lunch was prepared and other routine jobs dealt with. In the afternoon I went to buy sufficient provisions for the week, just in case. I came back home and found that Mummy's pain had not decreased. I called my orthopaedic surgeon, and he advised me to take her to the hospital and get the prescribed X-rays done, and then he would examine her. When she left the room, I don't think any of us realised that this was the last 'normal' farewell she would ever say to my father. That same night, once she was admitted in the hospital with a broken neck-of-the-femur, her delusions and hallucinations began.

In retrospect, I am quite sure that she did not slip and fall in the bathroom. Having seen my father through two hip replacements, and essentially being a careful person, she was really cautious with her movements. What had happened would have been something intrinsic to her body- perhaps a TIA, perhaps a heart related event. Whatever the cause, and whatever she suffered in the next three months, seems like God's mercy- she did not have to see my father's slow and painful decline. Although she had wanted to take care of my father till his last breath, I don't think she would have been able to bear to see him suffer as much as he did. Even while she was in hospital, her delusions mostly centred around my father's care- was he properly covered, was he wearing his socks, had he eaten, why were his things not in their proper place.......

She used to wish that spouses could depart this world together. I have a feeling that she was taken first so that she could get things ready for Dad, make the way ready for him. I can quite imagine her nagging the workers in the Great Beyond to make sure that things are just right for her dear husband...........

For me, though, today was the beginning of the end.
Posted by dipali at 9:36 AM 26 comments:

On the street where I live 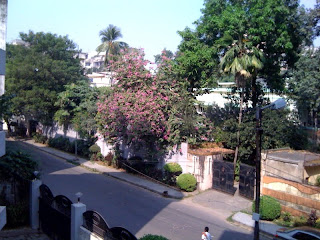 The Bauhinia is blooming in all its glory. There is a pleasant nip in the air in the morning, and my morning walk is sheer, un-sweaty joy! The fans are still running, but I think the air-conditioners can now declare their annual break. My silk sarees are out, as are my shawls, in readiness for further chill. The youngest kid finds Kolkata winters an apology for the season, but to me this weather is glorious- an autumnal climate, perhaps, but so very pleasant.
Posted by dipali at 10:46 AM 11 comments:

In Pune this week! 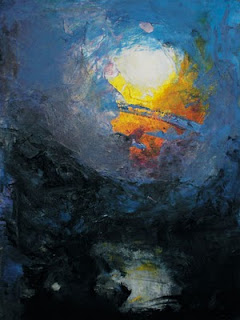 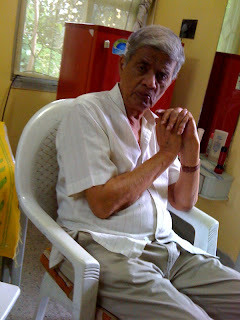 I am pleased to inform you that my friend Sukanta Basu is having an exhibition of his paintings in Pune, at the Waves Art Gallery. Please do visit.

Book Review- By The Water Cooler

Here Be Dragons!
Parul's second book is out! By The Water Cooler is the quintessential fairy tale, transposed to modern corporate Mumbai. There are fire-breathing dragons, obnoxious slimy creatures, a damsel and her handmaiden, an extremely unlikely fairy godmother, an unexpected Prince Charming and so many many more interesting and convoluted characters- the CEO's assistant who sees herself as a top-class spy, for one! Parul tells us a rich and rollicking tale, in exquisitely crafted and hilarious words. I found this hard to put down, and sighed a contented sigh when I finished the last page!
I thoroughly enjoyed the desi touches, like the Sutta Club, the Apsara-named flatmates Urvashi and Menaka, the Great Indian Wedding which Tanya happily manages to plan out in detail during office hours........
With deft strokes, Parul conveys the nuances of single desi living- Mini's umpteenth phone call to her mother for her alu-tamaatar recipe, her calls to her father which inevitably boost her morale, the flood in the flat, the 'borrowing' of garments....... little vignettes which are humorous, and also very real. Like all good desi mothers, Mrs. Shukla is hoping for a suitable boy to materialise from somewhere, although Mini refuses to allow her to look for one, since she believes in love.
Although quitting is always an option, our Mini Shukla is no loser. With grit, determination, and good luck thrown in, her dragons are tamed. Of course there will always be others around the corner.........
Posted by dipali at 7:17 PM 6 comments: 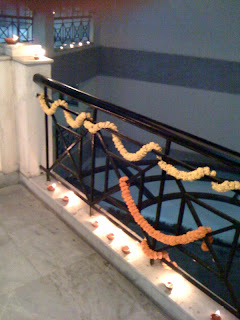 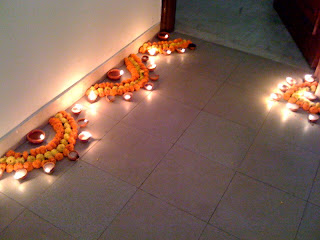 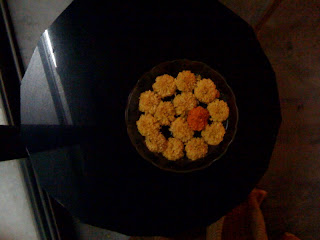 I don't know why I'm doing this, but

I am in the throes of some rather obsessive cleaning and sorting out. I've been at it for several days now and there is still loads to do, but I think I'm getting there! I am, normally, a member of the out-of-sight, out-of mind school of thought as far as this is concerned, where I can happily tidy up all visible signs of mess, and then forget about them.
But my drawers and cupboards are protesting, tired of this overload, so I've finally got my act together, and am ruthlessly sorting out and chucking out whatever I can. Which, strangely enough, seems to be releasing endorphins into my system, and I'm actually enjoying the process.
My household is more than thirty years old, and despite various moves over the decades, during which a whole lot of things are disposed off, we seem to be breeding stuff. Strange stuff that may never be used, but which doesn't want to be thrown away on the specious grounds that you never know when you'll need it. That you will be unable to find it when you need it is another matter, of course. Of the various kinds of stuff, paper is a villain in my house. There are papers, and then there are important papers, and also very very important papers, like income tax returns and financial documents. Although we have more than thirty drawers of various sizes in the flat (yes, I just counted) , we do not possess a filing cabinet or dedicated cupboard. For a decent sized apartment, we have woefully inadequate storage.
Maybe it's us, lugging our accumulated possessions across the country........
Maybe it's the SRE, buying strange objets d'art from across the globe- some beauties, some horrible dust collectors.......
Maybe it's the younger son, our weekend resident. He loves to create things out of waste materials, and then the waste materials keep sitting there.......
Maybe it's just me- my father was a terrible hoarder, and I seem to have taken after him in several ways. Some of my youngest child's toys have been kept for posterity. A trunk full of children's books is a treasured possession, which also has some of my own childhood tomes. Some things are too precious to even think of giving away, though I wonder if they will be in good enough condition for our grandchildren to read. The now rarely played cassettes are waiting for the day they will be converted to CDs.

I need to throw out all the unused and now obsolete cell phone chargers that are sitting pretty in one drawer. Two brand new packets of the joora pins my mother used to use. Old magazines which I want to re-read, but I know I never will. Three and four tier stainless steel tiffin carriers. Will we ever use them again, I wonder? Fliers from Dominos with discount coupons. No, we don't have to buy their pizzas. The four-in-one music system which gave up the ghost soon after
Mr. Bose made his appearance. The emergency light which stopped working soon after my father passed away. His electric shaver with blades that needed replacing but then weren't because the home nurse would shave him with disposable razors. I'd once asked the SRE to buy some nice bedsheets from Thailand. Unfortunately, they are fitted sheets which are difficult to fold properly and which are a little too big for our bed, so they have rarely been used. The tiny broken terracotta elephants which lurk in a corner of the sideboard. The list goes on and on.........


Thankfully, something has motivated me, and I'm at it for hours every day. I need to follow my sister-in-law's policy of cleaning out one drawer or one shelf every single day- all the time.
I wonder if I will suddenly develop the discipline to do so. But in the meantime, each clean drawer is a triumph.

I didn't think of this as Diwali cleaning when I started out, but now the weather is pleasant and cool and there is festivity in the air, so I think it has morphed into Diwali cleaning!