I've been following Sue's Red Marker Blogathon with great interest, and especially enjoy reading the comments. A lot of the common errors one sees have been covered, so I have little to contribute.

Among the many 'englishes' we encounter, though, the errors made by working class people who have just a smattering of the language, are often rather endearing.

The SRE's caddy sends him an SMS one morning, saying ' Call me at this nambar.'

A long ago employee had to take her daughter for a Hex-ra ( an X-ray).

According to my driver, the substitute car has many 'poblem.'

And last, but most definitely not the least, I had the plumber in last week, and among other items on his bill, this one stood out: 'Shit cover.'

Could anything be possibly more appropriate for a toilet seat?
Posted by dipali at 11:55 AM 16 comments: 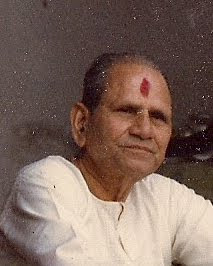 My father passed away on Friday, the 4th of June, 2010.
Although he had been ailing for the past few months, it was a gentle passing, and he was able to speak almost till the very end. (He actually had some juice and buttermilk five minutes before he slipped away).
I like to think that he and my mother are together again.

Goodbye, Daddy, and thank you for everything.
More later.
Posted by dipali at 9:40 AM 40 comments: