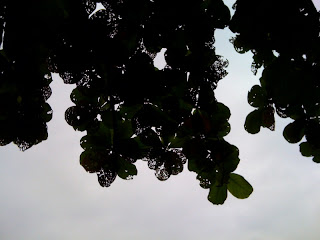 Of This and That is four years old today!
Happy 4th Birthday, Blog.
Here is one of my favourite photographs, the leaves of an Indian almond tree.

I wonder where you are now, Lali

Three years since you left this mortal coil,
Do you find juicy, challenging cryptic crossword puzzles
in your little corner of heaven?
Can heaven even be heaven for you without fodder for your
phenomenal mind?

It's supposed to be just the soul that rises,
way above mere thought and other functions of life,
but who really knows???

This other world I imagine you inhabiting now
has crossword puzzles and sharp pencils,
and a mother who makes sure
her son's life is on track, in the world she left long years ago.
Her beloved is with her now,
and together forever, they look over a densely wooded lake
hearing the bird calls at dawn and dusk,
and he plays his ragas to her, and she translates Rafi songs....
And always, always the crossword puzzles,
an ironic passion for one
who rarely uttered a cross word.

My Contrariness and other travel tales

I realize that I am far more difficult to please than I ought to be. On our recent break, we spent some time near Nahan, at a resort in Jamta, in Himachal Pradesh. Believe me, I love being in the mountains, or hills, as these were. What I hate is getting to them. Driving on hilly roads is, to me, utter torture. I no longer get car sick, but I hate swerving as each bend approaches, and the narrowness of the hill roads scares me no end. It so happens that in the past year or so, we have been to Bhutan, Darjeeling, and now Nahan. Ideally, I'd like a helicopter or a cable car to take me directly to whichever mountain resort we are visiting! I marvel at the people who live in the hills, also at the people who carve roads out of sheer mountainsides. The SRE has my profound sympathies- he had to deal with my (I insist) uncharacteristic grumpiness!

Actually being in the hills, though, is a different story. It is cool, and tranquil, and beautiful. The air smells fresh and lovely, and the people all seem gentle and courteous. 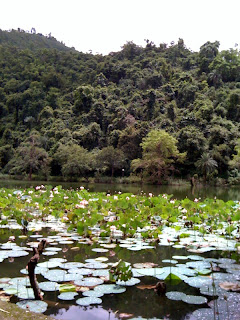 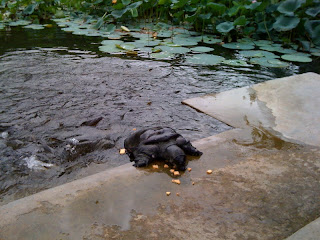 The turtle enjoyed his snacks, as did the big fat fish in the lake! 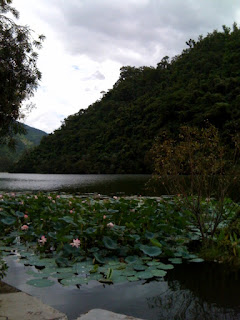 A glimpse of heaven! 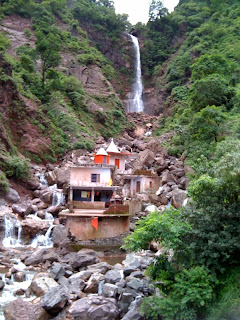 Badolia Falls- a temple in a waterfall, between Jamta and Renuka Lake. 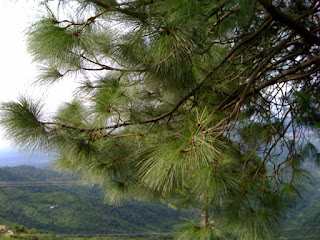 Did I tell you I love pine trees? 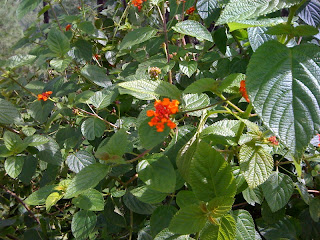 The colours of the lantana- Nature is so generous here.

Having got back a few days ago to a house musty and fungus-ridden due to heavy rainfall while we were away, and a computer that is not behaving very well, I'm being rather lazy about writing a fresh post. However, I am posting something that I'd meant to post as soon as I'd first read it. This is an article by my dear Chacha which I think deserves a wide audience. Please do read and comment.