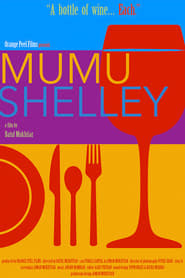 Batul Mukhtiar's new film is a delight. It starts with a very very familiar desperation: the need for a loo! Aiman Mukhtiar plays the role of Shelley, the girlfriend of the omni-absent Mishti. Mishti is supposed to be meeting her at her (Mishti's) cool Mumu Didi's home, so that Mumu can help Mishti come out of the closet to her family.

Mumu, (played by Pubali Sanyal), however, battles demons of her own. Her first (sun-hatted indoors, in the evening) appearance has her politely pleading with her husband to attend the dinner party she is hosting that evening. But is she? She is cooking vast quantities of food, assisted, or not, by a reluctant Shelley, who has happily imbibed some strange looking cocktails prepared by Mumu, but no other guests seem to be coming. Shelley keeps calling Mishti, who never appears. No other guest either appears, or calls to apologize for not coming. Nor does the host. Is Mumu delusional, or merely deluding herself?

The equations between Mumu and Shelley change over the course of the evening. Beautiful performances by both the actors, a fascinating set, a gamut of emotions, much learning by both protagonists over the course of a mere fifty minutes!

Kudos to Aiman Mukhtiar for writing this brilliant script!

I will be watching it this weekend (hopefully earlier, if I can get through the movie I'm currently watching, by then). Looking forward to it, it sounds so good. :-)