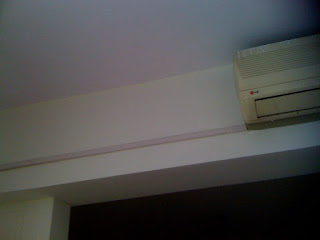 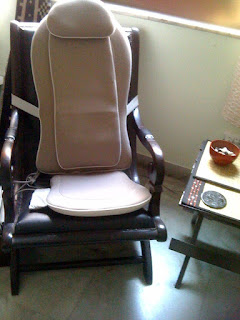 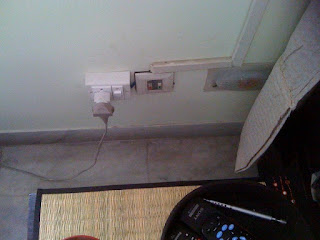 You'd hate living with me. I'm always fiddling around the house. I've put a glass sheet in one corner near a plug point and that serves as the shelf on which we leave everything that needs to be charged. Phone, iPod, iPad, camera. The OA screamed and frothed when I said I was getting it done. Now he uses it more than i do.

@the mad momma: I do appreciate change! I just need to push myself to do what ought to be done, and be less accomodating to what exists already!

You should invite Teja over for a while, and leave some tools lying around. :)

We are the same Dipali. And you're so right - when you finally get around to making that small change that makes a big difference to your quality of life - well, it feels good !!

Great! Congrats, Dipuji!
My Engineer sahib has his own fads, one of them is using DIY and jugaad together, so we have a situation wherein most electrical appliances work only when he's around to operate them ;)

@Banno: I remember the story of your study!!!!!!
@Anonymous: Good to know that we are not alone:)
@Lakshmi:Your Engineer sahib is unique! DIY plus jugaad sounds awesome, actually!

This is interesting! I enjoyed reading your great post.Thanks for the valuable information and insights you have shared here.Las Vegas electrical contractors

LOL - the electric chair !! My daughter had one in her house, it was quite nice. But I would rather use it somewhere else than have a contraption at home.