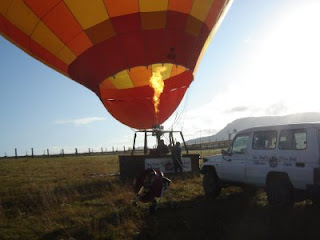 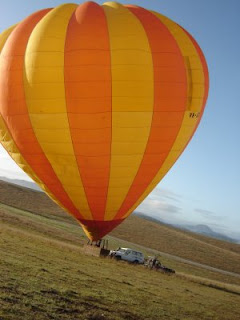 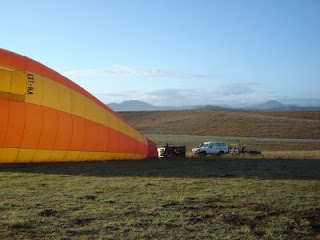 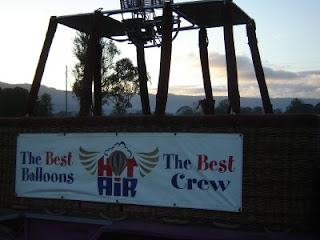 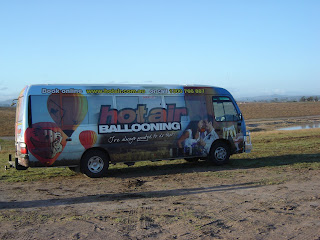 Blogger hasn't put the pictures in the order I'd entered them, but anyway!
As soon as we reached our hotel at the Gold Coast, which is a couple of hours away from Brisbane, the SRE tried to book a sky-diving session for me, but they were already booked for the days we were there. And so he decided that we could both go up in a hot air balloon instead. You get the best conditions for ballooning early in the morning, and so on the appointed day we were up at three in the morning, and picked up at 4 a.m., in the colourful bus shown above.
We picked up a couple of Japanese tourists from a nearby hotel, and a couple of Aussies at our last halt before the site. After coordinating conditions with the balloon crew, our driver took us to the site where the balloon was unloaded and inflated. It is one of those things that you may have read about or seen on TV a million times, but is absolutely different when you are actually there!
Posted by dipali at 12:12 PM

Btw, you can re-organise photo sequences in Blogger by dragging into your chosen order. I usually copy-paste the photos once they've been uploaded.

@sue: Thanks- will try soon!